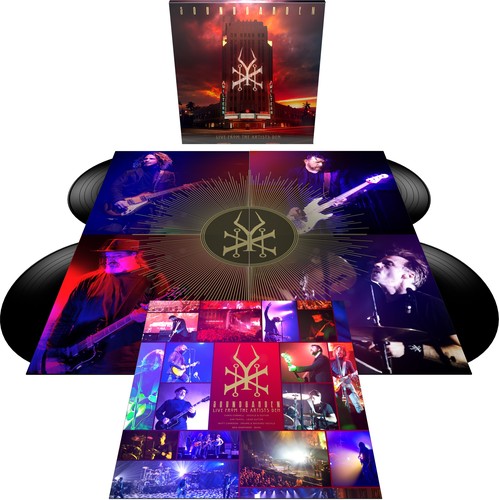 The 4LP 180-gram audiophile black vinyl concert album features 17 songs that have never been released on a live album, including 'Blind Dogs' which is the first-time the band ever performed the song live. Packaging features a slipcase that holds four individual jackets which link together to form one large image and a two-panel insert.

On February 17, 2013, Soundgarden concluded a sold-out U.S. Winter tour in support of King Animal, their first studio album in over sixteen years, with a special Live from the Artists Den taping at the Wiltern in Los Angeles. Soundgarden mixed new songs with classic radio hits and rarities performed live for the first time, in front of a rapturous crowd. The concert has become the most requested Soundgarden show to be released of all-time. The 29 song, nearly two-and-a-half-hour show encompasses the band’s entire legacy of songs, from their early years with “Hunted Down” through their monumental albums Badmotorfinger and Superunknown respectively with “Outshined” and “Black Hole Sun,” and nearly every song from King Animal including “By Crooked Steps” and “Been Away Too Long.” The concert film features 21 songs never released on a concert film, 17 of which have never been released on a concert album, including “Blind Dogs” which is the first-time the band ever performed the song live. 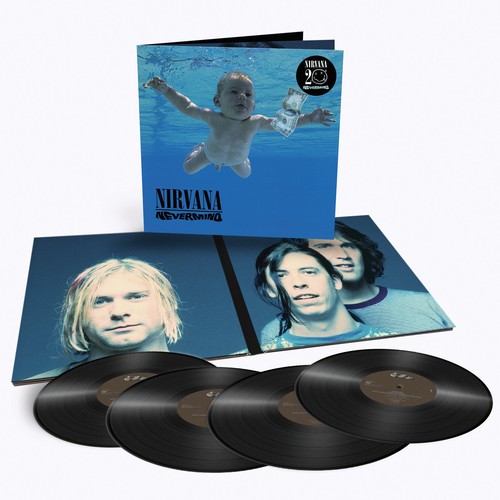 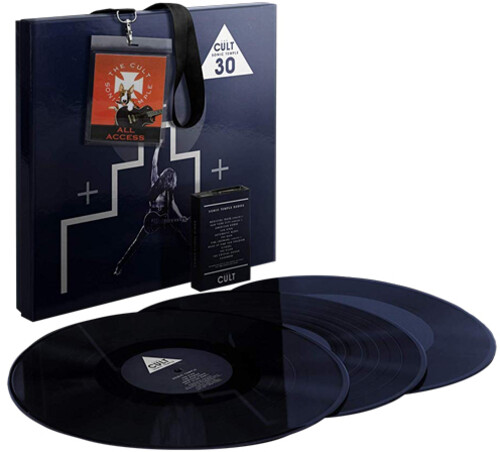 2019 marks the 30th anniversary of The Cult's seminal album SONIC TEMPLE. To celebrate the anniversary, Beggars Arkive will release THE CULT: SONIC TEMPLE 30 on September 13th. It will be released as a deluxe box set and a 5-CD set, and we are also reissuing Sonic Temple on Double LP, which has been out of print for over 20 years. Originally released in 1989, Sonic Temple proved to be a pivotal moment for The Cult. Produced by the legendary Bob Rock, Sonic Temple had four chart- topping singles; "Fire Woman", "Edie (Ciao Baby)", "Sun King" and "Sweet Soul Sister".The album catapulted The Cult into superstar status and remains their most commercially successful release. It has sold over 1.5 million copies in the US alone, and was declared platinum in 1990. The BOX SET contains three pieces of vinyl and a cassette plus tour memorabilia and ephemera (replica of original laminate, backstage pass, original press releases and label copy and more). It's numbered and limited to 3000 pieces worldwide and contains 40 tracks, 4 of which are previously unreleased. LP1+2 contain the album as originally released + b-sides. LP3 contains Live At Wembley recorded by the BBC, and the include cassette contains limited- release demos. Four of the live tracks are previously unreleased. The FIVE-CD SET contains 53 tracks (including 6 previously unreleased) with the original album on disc 1, alternate edits, mixes, extended versions and acoustic versions on disc 2, limit- ed-release demos on discs 3 & 4 and Live at Wembley recorded by the BBC on disc 5. Six of the live tracks are previously unreleased. It is beautifully packaged in book form with rare photo- graphs and interviews with the band by journalist James Brown. 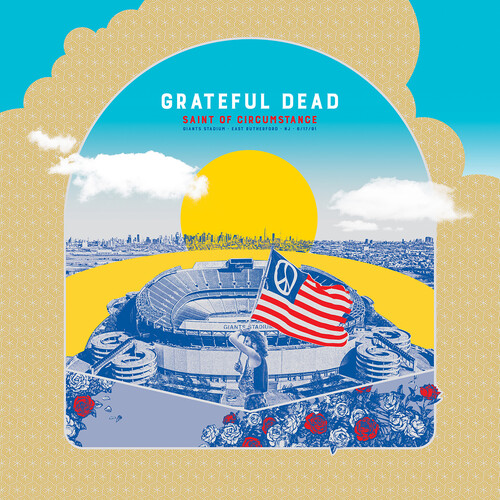 Widely considered one of the most exciting, inspired, and greatest shows of the Dead's final decade of performing, the magnificent 6/17/91 show features relentlessly excellent performances, and is filled with surprises. Opening with a shocking Eyes Of The World, the Dead were firing on all cylinders from the opening notes of the show. Featuring beloved classics such as Truckin’ and Uncle John’s Band. Rarities played at this show included Saint Of Circumstance, Might As Well, New Speedway Boogie, and China Doll, but the real standout in regards to the setlist choices was the recurrence of Dark Star, which wove in and out of the setlist throughout the show, including during the first set, making no less than six distinct appearances during the show. With an encore of The Band's The Weight, the Dead cap off one of their most highly regarded shows ever with a perfect song choice to send the crowd on its way. Bruce Hornsby and Vince Welnick join Jerry Garcia, Bob Weir, Phil Lesh, Mickey Hart & Bill Kreutzmann to round out this stellar line-up. 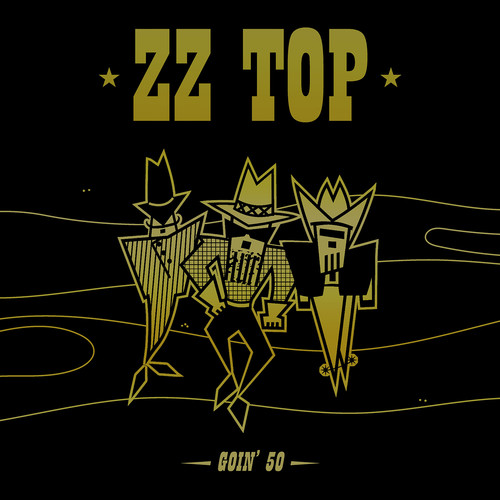 Packed with enough hits to fill a roadhouse jukebox, GOIN’ 50 spans the band’s entire musical career, from its 1969 debut, and its multi-platinum zenith during the Eighties, to its most-recent releases. This new retrospective includes an array from each of the 15 studio albums that guitarist Billy Gibbons, drummer Frank Beard and bassist Dusty Hill have recorded since 1970. Two bonus tracks, “Salt Lick” and “Miller’s Farm” – a single and b-side respectively – were recorded in 1969 by the original incarnation of ZZ Top. 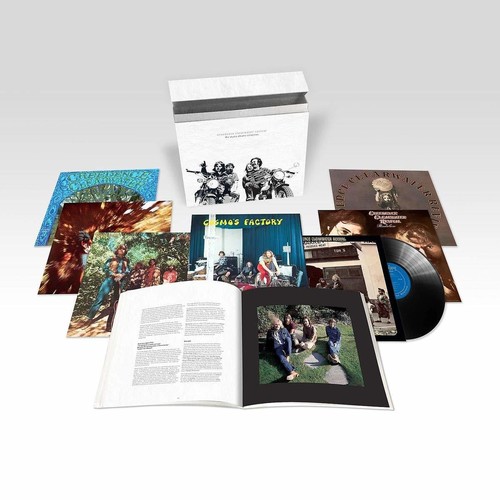 This Studio Albums Collection box set comprises the complete Creedence Clearwater Revival studio output, from 1968 to 1972. Each 180-gram LP has been mastered at half-speed at Abbey Road Studios, benefiting from an exacting process that allows for an exceptional level of sonic clarity. The discs come housed in handsome tip-on jackets replicating the packaging of the original pressings. The set also features an 80-page book with new liner notes, archival photos and reproductions of band ephemera offering something for both new and the most diehard of Creedence fans.

Emancipation was as expansive an album as anything Prince had ever release. A triple album constituting exactly three hours of music, Emancipation found Prince celebrating the release of music solely on his terms. ""This is my most important record,"" he proclaimed upon its release. ""I'm free, and my music is free."" Much like Paisley Park, the recording complex in which Prince created Emancipation, the album represents the incredible variety of his influences and moods. Romance and family are key themes (""Somebody's Somebody,"" ""The Holy River,"" ""The Love We Make""), reflecting his recent marriage to back-up dancer and muse Mayte Garcia that year. Elsewhere, Prince reflects on technology (""My Computer"") and sex (""In This Bed <0> Scream""), and offers new, upbeat grooves (""Face Down,"" ""Jam Of The Year"") as well as four unique covers (Bonnie Raitt's ""I Can't Make You Love Me,"" the Philly soul classics ""Betcha By Golly Wow"" and ""La, La, La Means I Love U,"" Joan Osborne's then-recent rock hit ""One Of Us""). 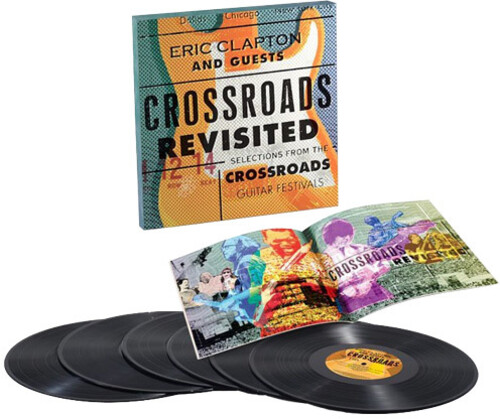 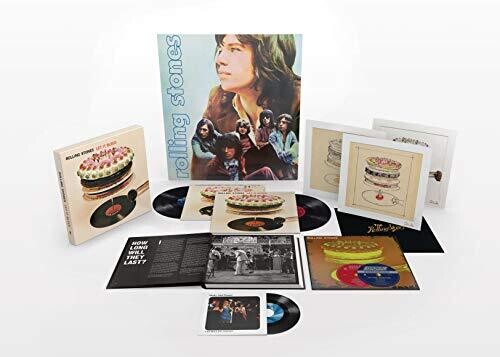 The Rolling Stones’ groundbreaking multi-platinum selling album Let It Bleed was released in late 1969, charting at #1 in the UK and #3 in the US. The Rolling Stones, at this point already a critically and commercially dominant force, composed and recorded their eighth long player (tenth for the U.S.) amidst both geopolitical and personal turmoil. The second of four Rolling Stones albums made with producer Jimmy Miller (Traffic, Blind Faith), Let It Bleed perfectly captures the ominous spirit of the times with “Gimme Shelter,” the opening track. The 2019 remaster has been engineered by eleven-time Grammy®-winning mastering engineer Bob Ludwig.

Let It Bleed (50th Anniversary Limited Deluxe Edition) includes the remastered album in Stereo and Mono on both vinyl and Hybrid SACD, and a reproduction of the 1969 7” mono single of “Honky Tonk Women”/ ”You Can’t Always Get What You Want,” in a picture sleeve. The box set also comes with three 12” x 12” hand-numbered replica-signed lithographs printed on embossed archival paper, a fullcolor 23” x 23” poster with restored art from the original 1969 Decca Records package, and an 80 page hardcover book with never-before-seen photos by the band’s tour photographer Ethan Russell and an essay by journalist David Fricke. 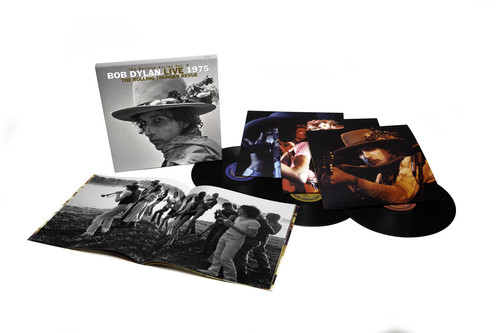 This 3-LP set (originally released in 2003 and now long out of print) includes 22 highlights from the mythic first leg of Bob Dylan's groundbreaking Rolling Thunder Revue and serves as a companion piece to the new film Rolling Thunder Revue A Bob Dylan Story by Martin Scorsese. Packaged in a slipcase and including a 64-page booklet with liner notes and extensive photography. 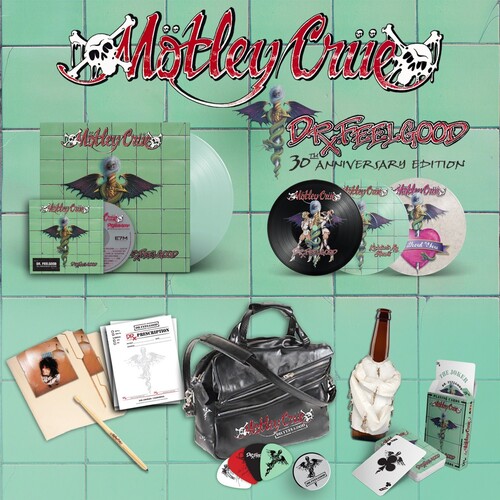 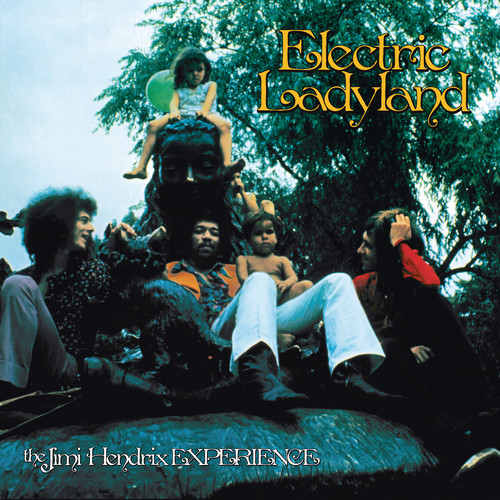 In celebration of the 50th anniversary of the release of the Jimi Hendrix Experience masterpiece Electric Ladyland, Experience Hendrix and Legacy Recordings present a special Deluxe Edition box set.