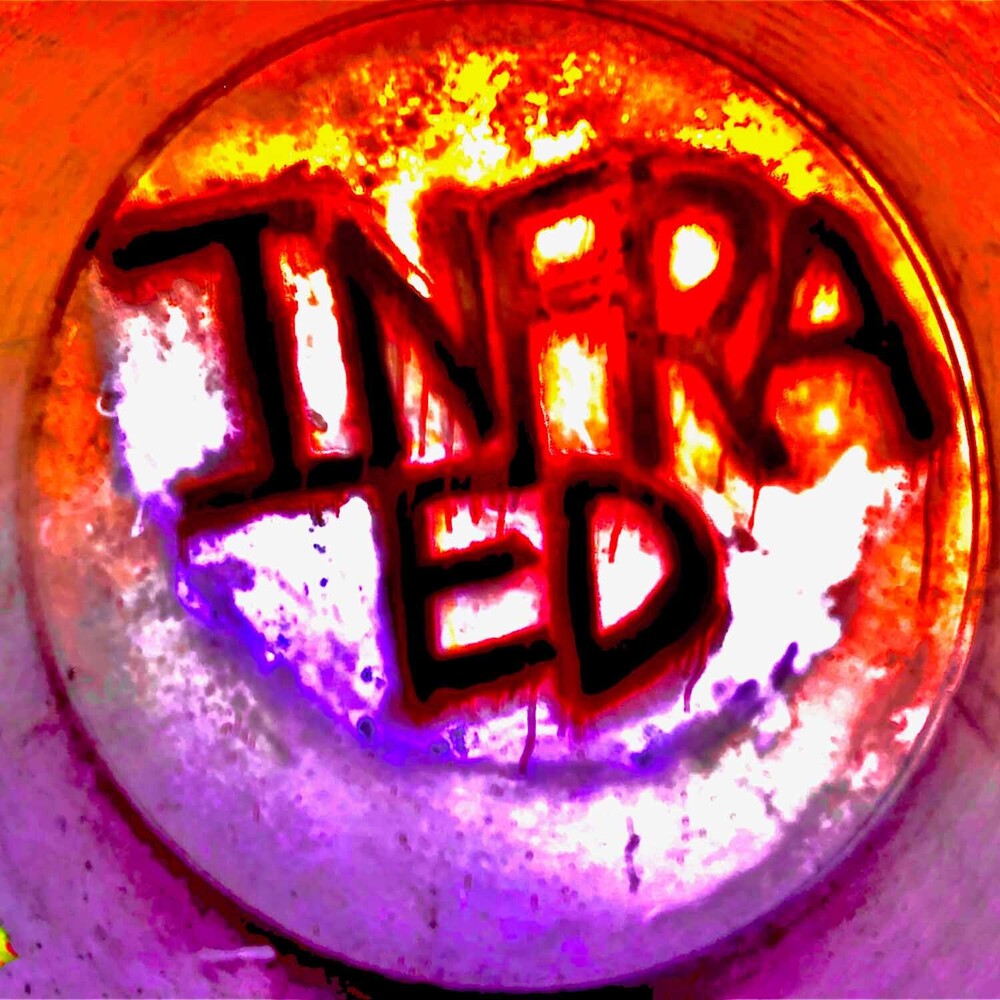 Northwest legend Infra ED, most notably from The Dehumanizers and The Manatees, unleashes his "Electromagnetic Radiation' rock and roll style. This solo project is both jarring as well as tranquil. It is 21st Century Music and Infra ED plays all the instruments, the vocals and handles the singing and production as well. For the past 37 years he's been leading the Dehumanizers as well as performing in or recording with countless other bands. As a 16 year old he debuted his talents on stage with U2 at the Paramount Theater in Seattle. It seems Infra ED phoned Bono at his hotel earlier that May 26th, 1983 day and the rock star took a liking to him. Unbeknownst to ED, Bono surprised him with an invite on stage during U2's set. The Dehumanizers took off after that with hits like "Grandma, I'm A Drug Fiend' and 'Kill Lou Guzzo.' During a hiatus from the Dehumanizers, Infra ED and fellow Dehumanizers Phil Bentz formed an instrumental surf band, The Manatees. They had two successful indie records released by the Orange Label and both the Ventures and Tom Petty, you guessed it, took a liking to the Manatees. They performed many times with the Ventures including opening for their infamous show at the Experience Music Project. In addition to writing new songs for the Dehumanizers and his solo career, Infra ED has also been recording and performing with the Green Pajamas as of late. Sadly, Covid 19 halted a European tour that Infra ED was looking forward to. PRESS QUOTES: "My second favorite band, the Manatees" - Tom Petty of Buried Treasure (Sirius XM) "The Dehumanizers are like the Rolling Stones of Punk!" Hrvoje Bubic' (Solin Live / Croatia Free Press) KEY SALES POINTS: * Infra ED appeared in the 'Infamous Kitsap Ferry Riot Film" and wrote music for it * Infra ED's music appears in the horror flick 'Retardead' * The Dehumanizers are one of the most covered bands in punk rock. * Has performed at CBGB's, Fenders, Jazz Alley, Seattle Paramount, Jaime Moyer Charity Functions, Gorilla Gardens, The Ritz... just to name a few historical clubs.