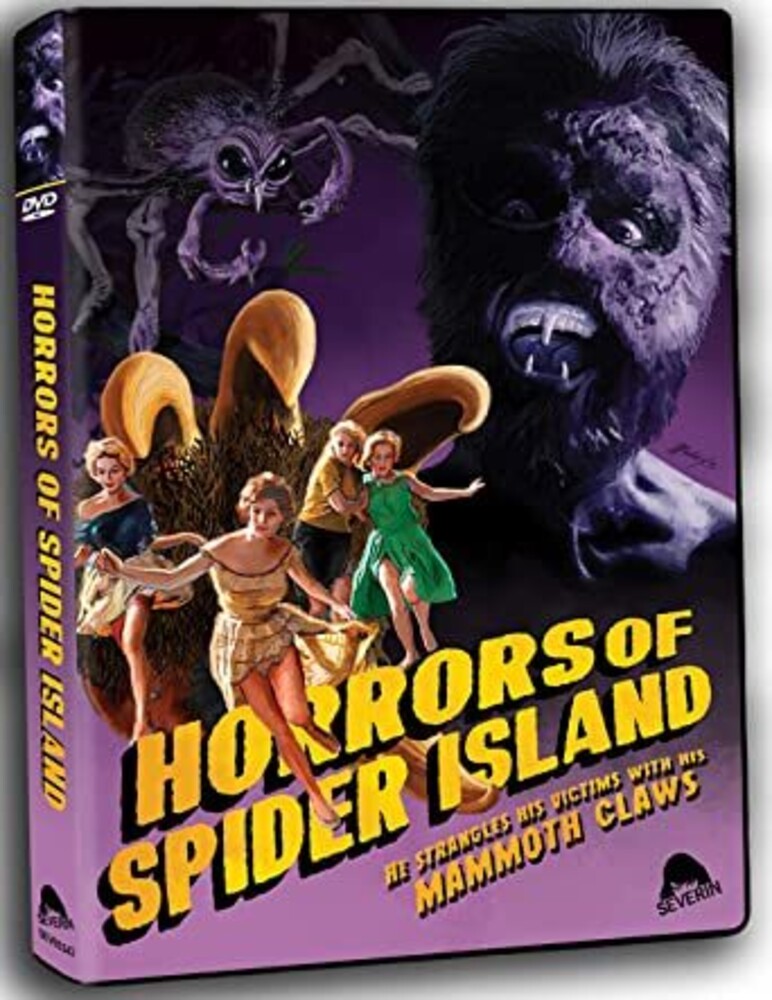 Produced in 1960 as BODY IN THE WEB, it became a notorious Adults Only feature throughout Europe (though banned in the UK). Three years later and sheared of it's nudity, it was repackaged for American audiences as a brain-melting monster movie filled with stripper-cat-fights, skimpy lingerie, and radioactive arachnids. Alexander D'Arcy, whose Hollywood career ranged from Leo McCarey's THE AWFUL TRUTH to Al Adamson's BLOOD OF DRACULA'S CASTLE, and 'The German Jayne Mansfield' Barbara Valentin (BERLIN ALEXANDERPLATZ) star in "the ultimate exploitation movie" (PsychotronicReview. Com), produced by Wolf C. Hartwig of BLOODY MOON and SCHOOL GIRL REPORT infamy. Severin Films is proud to present both the completely uncensored version, scanned from the DĂĽsseldorf dupe negative, as well as the alternate U. S. release, scanned from a pristine low con print - now together for the first time.