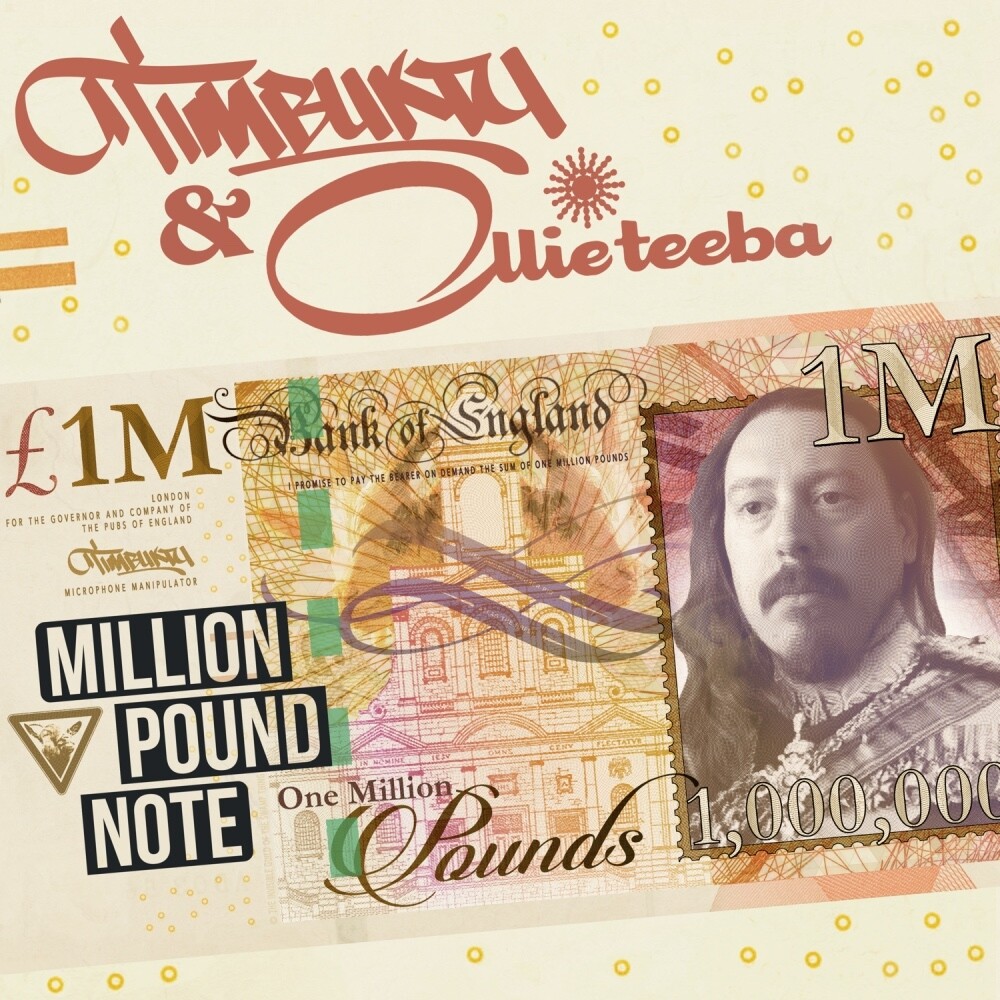 Combine one-part Timbuku and equal parts Ollie Teeba, along with a pinch of features from Ghettosocks, Savillion, Chokeules, and Nilla, and the awaited result is an eight track LP, titled Million Pound Note. Veteran UK DJ and producer Ollie Teeba has been spinning hip hop, funk and everything that connects since the mid 80's. In the early 90's he founded The Herbaliser (Ninja Tune/K7/BBE) with production partner Jake Wherry. After several albums and years of touring the world with The Herbaliser Band, he became a member of the supergroup Soundsci with Jonny Cuba (DSP/Other Mirror), Audessey (Mass Influence), Oxygen (Sputnick Brown) and UGeorge (The Hemisphere) and co-founded the label WorldExpo. Timbuktu is a gifted lyricist, beat-maker, and successful mix engineer. His home studio "FUN", located in downtown Toronto, serves as a hub for notable Canadian recording artists including D-Sisive, Ghettosocks, Wordburglar, and More or Les, to name a few. Timbuktu is part of many successful groups such as Swamp Thing (Savilion and Chokeules), Tongue Helmet (Danny Miles, Peter Project and DJiRATE), Teenburger (with Ghettosocks), and Toolshed (Chokeules and Psybo). The seeds of the collaborative project between Teeba and Timbuktu were sown back in 2013. While on tour with the Herbaliser in France, Teenburger (Ghettosocks & Timbuktu) began work on their sophomore album, Hive Mind (produced entirely by The Herbaliser). At around the same time, Teeba and Timbuktu began talking about a side project of their own, which would eventually become Million Pound Note. In 2015, they picked up the project again, and Timbuktu began crafting the story. "I think I wrote 5 of these 8 songs in a week back in 2015, and recorded them all in one day at FUN, with my man Savilion on the boards" The record was yet again shelved as precedence shifted to other ongoing projects (Swamp Thing, Backburner, Bring Out The Sound). Finally, in 2019 they revisited their idea from now six years ago, resurrected the essence, added a few tracks, updated the flavor and now it's finally ready.