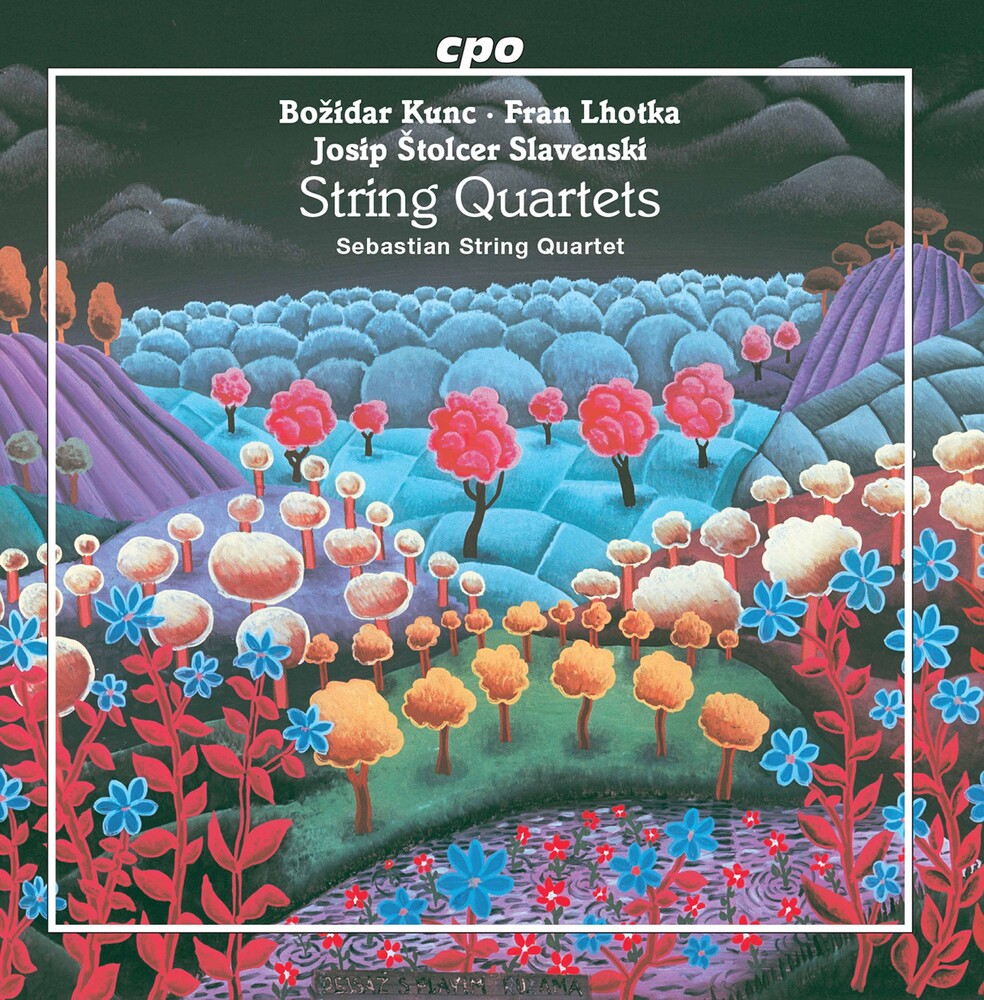 Music from the Sebastian String Quartet's native Croatia, by Croatian composers or by composers who spent a significant part of their careers in Croatia, forms a special focus in this ensemble's work. Bozidar Kunc was one of the most distinguished Croatian composers of the twentieth century as well as an extraordinary pianist who was known as "the Croatian poet of the piano." His only String Quartet very freely treats tonality, expands it's space through the linking of various instrumental parts, and often uses them as a colorful backdrop for melodies full of imaginative aspiration in which traces of folkloristic idiom sometimes come into view. Kunc's deftly articulated and richly colored string sound reveals a composer of a unique individuality. The Czech composer Fran Lhotka exercised a strong influence on the Croatian music scene for more than fifty years. He brought the best Czech traditions to Croatia and fit so perfectly into the environment of his new home that it hardly would be possible to discuss the national musical movement that arose in Croatia during the first half of the twentieth century without mentioning his name. Lhotka's captivating Elegy and Scherzo proves to be a fascinating work with contrasting themes invented in the spirit of folk music. Josip Stolcer Slavenski compiled one of the most interesting and most unusual life's works that Croatian music of the twentieth century has to offer. This enthusiastic innovator was interested in a great many things and open to the most recent musical events in Europe even though he was absorbed in his own world. He composed powerful and unconventional works without direct models or formal and stylistic determinants. In 1938 he wrote his fourth and last Quartet to Balkan dance music and with highly varied and finely crafted themes.